GURUGU, Ghana- In a suburb of Tamale, the capital of northern Ghana, nearly thirty women sit barefoot on the ground, their heads wrapped in colorful scarves. Many sit with a child in their lap, between their legs or on their hip. The women chatter, gossip, and coo over fussing babies all while up to their elbows in a tan taffy-like substance, kneading and folding, transforming it slowly into shea butter.

Four million West African women currently support their family’s income and education with the help of the shea nut according to the Global Shea Alliance, an association promoting quality and sustainability in the industry.

“Shea is a really interesting in that the fruits are uniquely collected by women across Africa. In other aspects men are involved, such as trading, but when the fruits fall to the ground, it’s women who collect them,” said Joseph Funt, the Global Shea Alliance’s managing director.

Demand for shea butter produced in West Africa has increased over 1,200 percent in the last 10 years and shows no signs of slowing. In upcoming years, Funt predicts a substantial increase in the already skyrocketing demand for shea. “Consumption is growing both in the cosmetic and food industries.”

“You probably just know of shea butter as a skin cream. This is how most people in the U.S. think about shea,” said Funt. “Actually 90 percent of shea goes into food.”

As the demand for vegetable fat grows in the West, shea butter is increasingly used as a substitute for cocoa butter. African shea butter exports are estimated to be 350,000 metric tons with a market value of $120 million.

“The shea nut tree is grown in the wild, but many farmers make sure they have shea nut trees on their farms. They are economic trees and the women make a lot out of it when they pick and process the shea nut butter” said Husseein Lakaria, an imam at the Tamale Central Mosque and a local resident. “They make a lot of money.”

The women sitting and churning a combination of ground roasted shea nut and water by hand at the Tiehisuma Sheabutter Processing Centre produce as much as eight tons of shea butter per month. Festus Teviv, 27, a quality manager at Tiehisuma, said the center employs about 100 women. Their hours are flexible, depending on the amount of shea required for the next order. Luckily for these women, orders have only been increasing. The center, which began in 2002, has markets locally in Tamale, throughout Ghana, and in Europe.

Funt believes the growth of the shea industry provides a great opportunity to directly support the rights of African women. “Growth in the shea industry is a very positive thing for women collectors, for the environment, on a number of levels.” When it comes to fair trade and good business practices, “there are great programs that are finding collaborative solutions to making progress. It’s important to consumers. No one wants to buy a product that is exploiting anyone.” 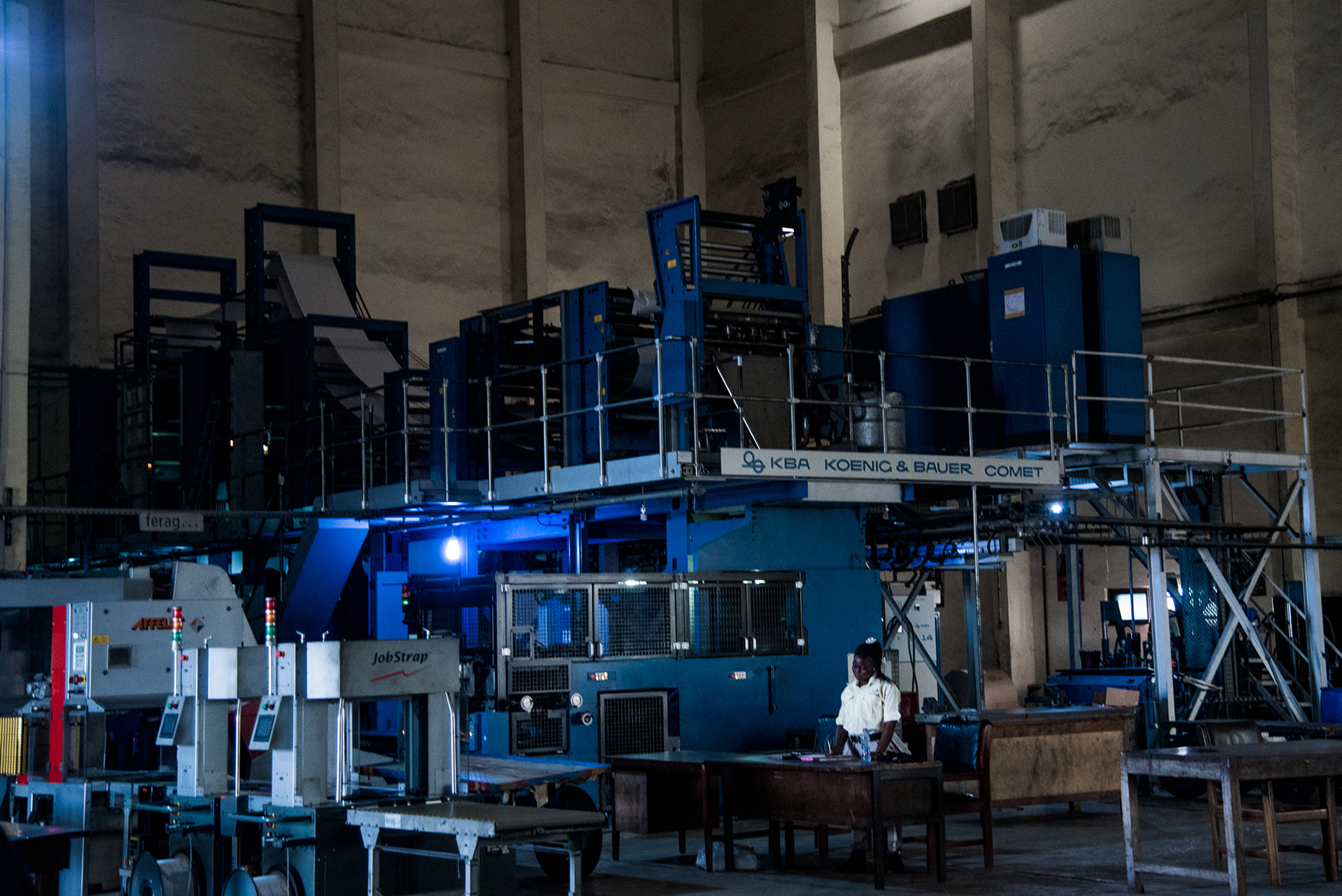 The Final Step: Printing at the ‘Graphic’

A beautiful coastal town with a dark history.