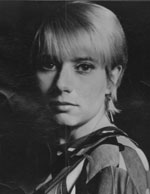 Sometime in the late 1960s, I was working, unhappily, for Local 1199 of the Drug and Hospital Workers Union here in New York City. There were dozens of reasons why I was miserable with the job; the main ones being that I wasn’t particularly good at it and that I really wanted to write. But whenever I asked the union leadership if I could transfer to their news magazine, the answer was always, “Organizers organize and writers write.” In other words: No.

I finally left 1199 to take a job as the editor of another union’s newspaper, a post from which I was fired after producing a “1968 Election Special” without ever once mentioning the name of Hubert Horatio Humphrey.

So there I was: 23 and unemployed.

I had a pal from 1199, a writer/photographer named Joe Walker, who’d left the union to become the editor of Muhammed Speaks, the newspaper of the Nation of Islam. One day he phoned to say that he’d just done a story for The East Village Other and that they were looking for writers and that I ought go down there and talk to them.

“Nice bunch of guys,” Joe promised. “They’re open to all kinds of stories.”

So I went to the EVO’s Second Avenue office, directly above Ratner’s Restaurant and the Fillmore East, and met with Allen Katzman and Dean Latimer and, if memory serves, Joel Fabrikant. All I had in hand were some clips from the Nation, from union newspapers and from the Chelsea Clinton News, where I’d been the restaurant reviewer. It was enough. I was in, with a packet of assignments on migrant farm workers, the legal case involving the draft and a free clinic on the Lower East Side.

The EVO that I joined in 1969 was an interesting mix of counterculture cultures. There were the aging Beats who’d founded the paper, represented by Allen Katzman and Jaakov Kohn. It won’t shock that their main interests appeared to be poetry and drugs. The cartoonists and artists were a cohort of their own, vibrant, crazy and fun; even then, you knew that every one of them was a genius — R. Crumb, Artie Spiegelman, Yossarian, Spain Rordriguez, Kim Deitch, Trina Robbins; “little” Stevie Heller fresh from high school radical politics.

There was also an odd mix of critics and columnists, who fell into absolutely no category anywhere, like Lita Eliscu, an underground Liz Smith, who knew everyone south of 14th Street and Alex Gross, who was on the ground, with every moment of the revolutionary art scene.

Yet in a different corner were a cluster of characters who were really more journalists than anything else — Dean Latimer, Ray Schultz, myself and later, Lynda Crawford. If Allen Katzman and Jaakov Kohn worshipped Timothy Leary and Baba Ram Dass, our gods were Murray Kempton and Jimmy Breslin. In many ways, the reporters — certainly this one — were the straights at the party. I sometimes felt a little like Margaret Dumont amidst the Marx Brothers, though — as she — I was having a ball.

The thing we had was freedom of the city. Many mornings Ray Schultz and I would go over to Dean Latimer’s chaotic flat on 12th Street, take him to breakfast and then decide what we all wanted to do with our day. Often, our stories were what developed of our adventures and they were often wildly first person. As writers, we learned from each other. Latimer, the most gifted of the group, taught me to liberate my style. Before him, my writing could sometimes be flat and formalistic. He said, “Write whatever you feel — go there. It’s good.”

All Journalists want that famous “front row” seat on history. At EVO, we sure had that. I remember:

I remember another event where we encountered Murray Kempton — the god. “I like what you do,” he said. “It’s a little crazy, but it’s interesting.”

We won’t talk here about how the party ended. Even now, what I remember most was that for a brief moment in the late 1960s, EVO was the place to be.