A sampling of full issues of the East Village Other. To view the issues, download them to a computer which supports the viewing of PDF files. Please click here to support the effort to digitize and index the weekly's entire seven-year run. 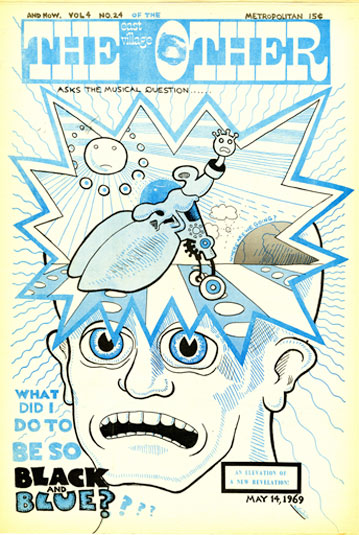 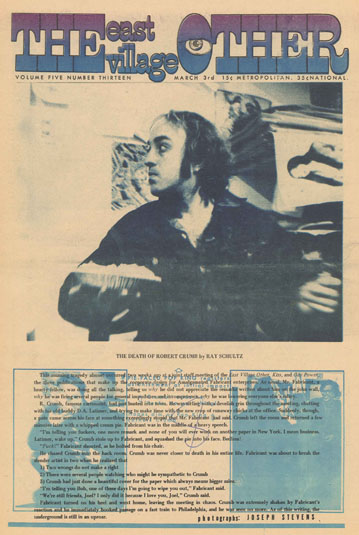 We’re Going to Dance on your Grave, Motherfucker! by Mike Gold
Courting Insanity by Renfreu Neff
Charlie Frick by Charlie Frick
A Joyful Noise by James Lichtenberg
Cocaine by David Cramel
Thilm by Lita Eliscu
Poor Paranoid’s Almanac by Allen Katzman
The Night the Cops Got Whupped by Ray Schultz
Who is Being Eaten? by Alex Gross
Wheel and Deal