Q. How did you know Walter Bowart?

A. When I went to Japan to revise my book, " Japan on $5 a Day ", I had been dating Sherry Needham. When I returned, he was dating her.

Q. Did you fight?

A. Of course not. I was just worried that she wouldn’t fulfill her promise to bare a breast in the fourth picture of a story I wanted to tell in one of those-25 cent photo machines.

A. Yes, Walter came along and we had a high old time, assisted, as I remember, by the benevolent herb. Walter told me he was starting a new paper and I agreed to write for it. My first column was about how forgery had been a constant presence on the art scene for centuries. I called it “Art & Other Scenes” but Walter eliminated the “Art &.” The appearance of the column in EVO infuriated Ed Fancher [Village Voice founder and publisher] who insisted I choose between the two papers.

Q. You quit the Voice? How long had you been a weekly Voice columnist?

A. Ten years, during which I’d written 530 columns including those from India, Greece, Mexico, England and a dozen other countries.

Q. I notice from an early issue that the masthead listed as editors: William Randolph Hearst and John Wilcock.

Q. Did you two get along?

A. Very well. As I wrote in my autobiography, Manhattan Memories (plug) he was an artist who craved white space and I was a writer who wanted to fill every inch with words. So we amended each other’s thinking. One of the early things that impressed me was the way he was onto things so fast: he wanted to write about American Indians, a subject that absolutely nobody talked about at the time. He was quick to see that Stokely Carmichael ’s “Black Power” was an obvious front-page headline. I believe that “The Streets Belong to the People” might have originated with EVO. Certainly we promoted that particular theme.

Q. You left after a few months?

A. Yes, I had to go back to Japan where, as it happens, I edited Tokyo’s new underground paper, the Shinjuku Sutra; but on the way I’d stopped in Los Angeles to guest-edit Art Kunkin’s Los Angeles Free Press .

Q. Somebody said you fought with Walter before you left.

A. It wasn’t so much of a fight as a disagreement about whether EVO should run a lame negative review of Andy Warhol’s “Chelsea Girls.” I had been spending a lot of time with Warhol and thought the review made us look ignorant and out of touch. I lost the battle and the review ran anyway.

Q. You were close to the start-ups of both the Village Voice and the East Village Other, any recollections of those experiences?

A. Walter had already started EVO by the time I arrived in the office on Tompkins Square and so what the “start-up” means is not clear to me. It was a grotty office and there was very little money (and, of course, none for me) and all the usual problems, I assume, about working out of any new office or company. I can’t think of anything specific as to the Voice – true, it was started a decade before EVO, but that’s now 55 years ago and all I remember was helping to carry furniture into the office above Sutters on Greenwich Avenue. 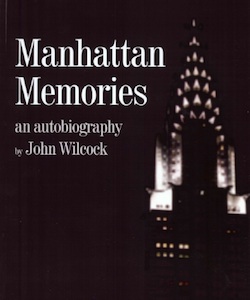