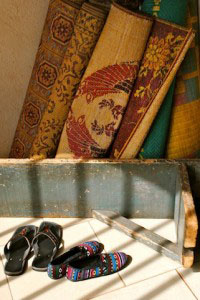 The Central Mosque in Tamale, Ghana, has been open to followers of the Islamic faith for over 150 years. The Mosque opened its doors to New York University’s Journalism in Ghana students, giving them the opportunity to learn about the Mosque’s history, as well as the church’s relationship with the surrounding region. 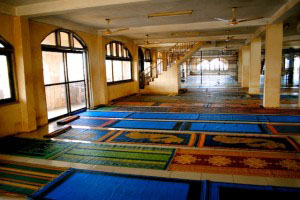 Rows of multicolored, intricately decorated mats line the cream colored tiles of the Mosque, which fill with thousands of people for afternoon prayer. During prayer services, over 100 people can stand shoulder to shoulder as they share their praises to Allah.

To prevent men from temptation, the women pray in the section of mats behind the gate. 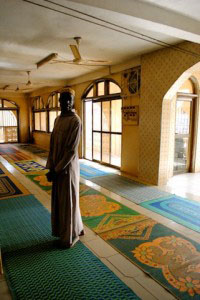 Prayer five times a day is a large part of the Islamic faith. The Central Mosque receives the most traffic on Fridays, as members from mosques around Tamale travel to the Central Mosque for their afternoon and evening prayer. The mosque is three stories high, but is looking to expand even more to fit its growing demand. 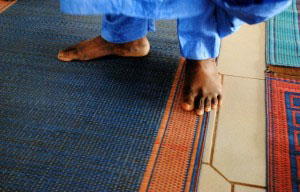 Before entering any Mosque, people must remove their shoes at the entrance. Shoes carry the evils of the day and can disrupt the sacredness of the mosque. 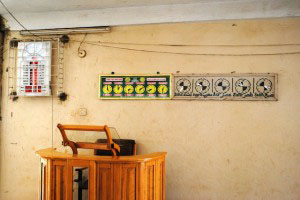 Clocks lining the wall of the Central Mosque depict each time of day devout Muslims pray. According to the Central Mosque’s Imam, Hussein Lakaria, the clocks are used to direct foreigners if they are not prepared for time change, as Muslims in Tamale know the specific time of prayer by heart. 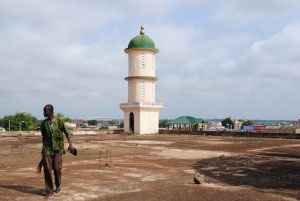 The Central Mosque has been rebuilt three times since its beginnings 150 years ago. The mosque is hoping to expand further to fit the religion’s growth in the area. Patrons who attend prayer services often make donations, which are then used as contributions to pay for the construction of a larger mosque. 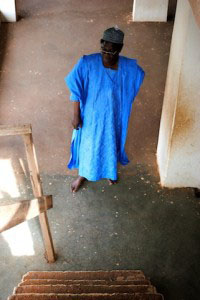 In a region where several religions including Christianity, traditional Ghanaian beliefs and Islam all coincide, conflict would seem inevitable. However, despite the variety of religious beliefs, Hussein said that there is little to no conflict in the area. Each religion is tolerant of all others as they live peacefully in their region.

The Mad Doctor of Tamale 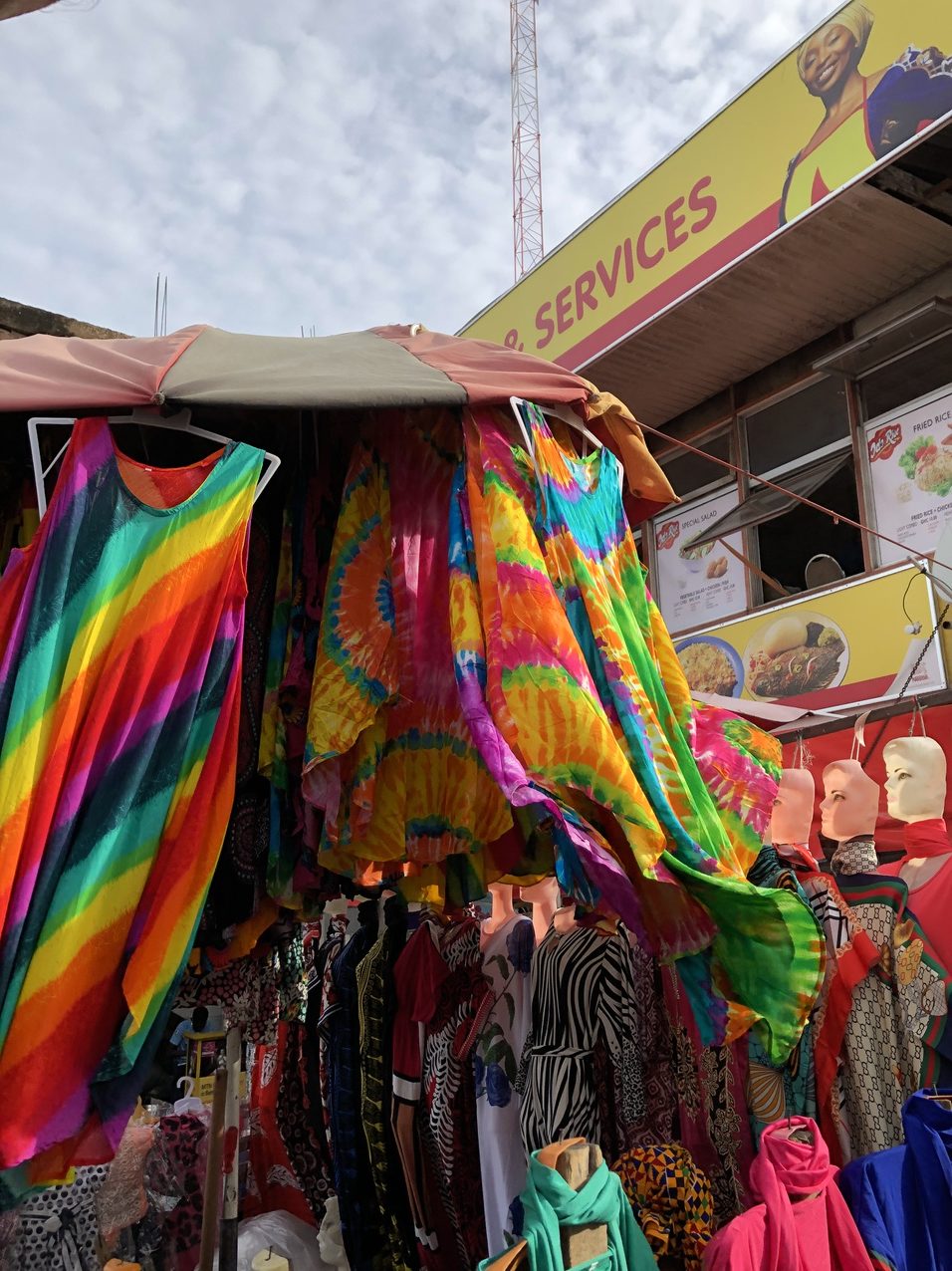 Makola Market: The Objectification of People in Their Workplace