Audience engagement is changing journalism, as publishers look to readers, rather than to advertisers, as their primary customers and sources of revenue, and newsrooms seek to extend their influence. Digital audiences are not passive. They express strong opinions and can support news organizations.

For the first time in decades, some of the largest publications are generating more money from consumers than from advertisers. Even many U.S. newspapers with falling circulation and revenue numbers have reported spikes in digital subscriptions. With their futures increasingly riding on paywalls, memberships, and subscriptions, news organizations are seeking to engage readers more directly, actively soliciting story ideas, questions, and feedback, and even drawing on readers for content. They are collecting news through running communities, and they are making data-informed decisions to find readers and to keep them reading. A new breed of engagement editor works with the metrics to learn not only what’s popular, or when to post a story, but what content is working with what audience. 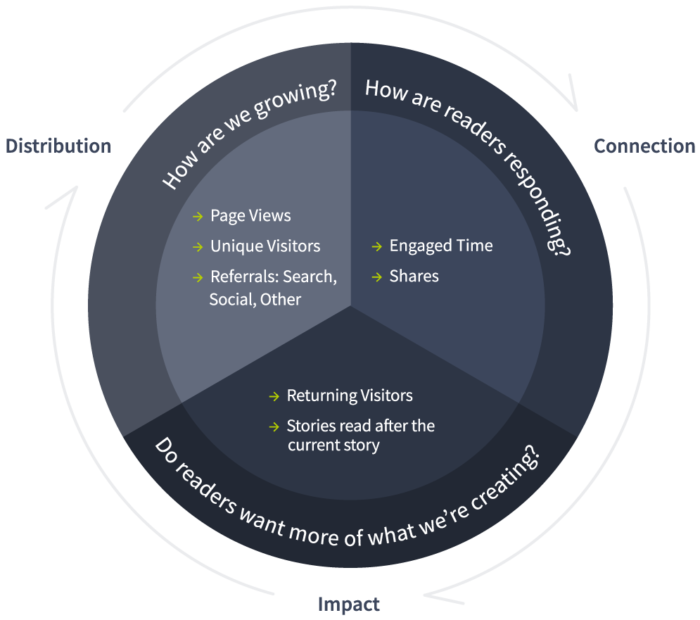 The right metrics will reflect engagement goals.  As noted by Parse.ly, a web analytics company, publishers may examine page views and unique visitors in pursuit of distribution goals, but when it comes to connecting with readers, they should put engagement time and shares at the top of their list. When determining impact, they should choose returning visitors and recirculation, as these key metrics reflect whether readers are responding to the organization’s content.

Vox, for example, used Facebook to launch a community for Obamacare enrollees in 2016. The community offers a place for members to exchange information, and for Vox it’s been a great way to hear from those relying on the Affordable Care Act. Vox asked members questions and received more than 350 responses. Some of these responses were published as part of a story. Vox then invited a top staffer of the late U.S. Senator Edward Kennedy to answer members’ questions about the ACA, and this was also edited into an article. 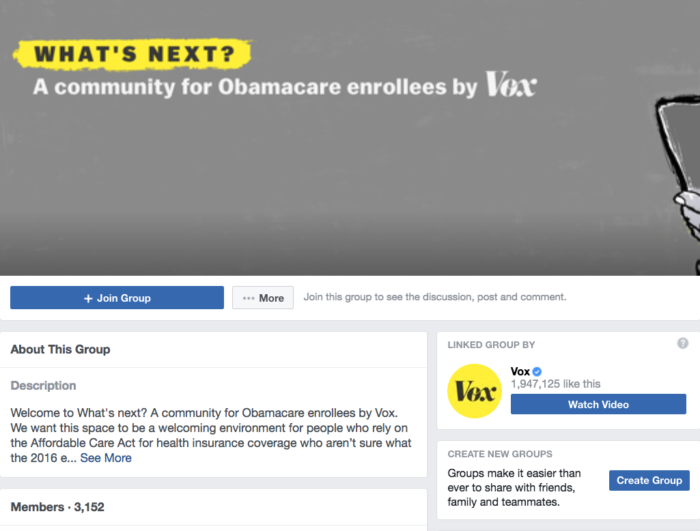 The Washington Post runs a Slack community named “PayUp,” which encourages women readers to talk about the gender wage gap, and it has published tips discussed in the community.

The rise of non-social digital tools

Though newsrooms have been using social platforms to create relevant stories, limited access to reader data has been a stumbling block for publishers to assess and build on reader engagement efforts.

Jennifer Brandel, CEO and co-founder of Hearken, an audience-engagement platform, argued in a Medium post that the time and effort newsrooms dedicate to building reader relationships on Facebook are wasteful, as Facebook pays nothing for the content and “then owns your relationships with your audience.” She contended that, since Facebook owns these reader relationships, publishers can’t retain a strong and differentiated brand that strengthens reader loyalty, let alone filter the data from engaged audience members by their areas of interest, or to target and re-engage them in future projects. Facebook has the readers’ email addresses. “In short,” Brandel wrote, “you fundamentally cannot collect on the value you’re creating.”

As a result, multiple non-social reader engagement tools have emerged. Some of them aim to involve readers in the reporting, collecting questions, information, and sources “from pitch to publication,” such as Hearken, The Coral Project, and Ground Source.  They provide publishers with embeddable web forms to gather readers’ opinions, hold votes, collect reader-generated stories, and share notes after publication.

Steps and Tools for Reader Engagement

To cover the issue of homelessness, Bay Area radio station KQED invited listeners to send in questions. It emailed its more than 400,000 members and got more than 1,300 responses in a little over a week’s time. A journalist then used Hearken to organize the questions and other information, identifying readers who could help on stories. She found more than 100 questions dealt with the causes of homelessness, but she was surprised by the number of false assumptions. Her initial reporting focused on correcting common myths.

To further reader-engagement efforts, published stories are followed up by further analysis of the metrics. Instead of treating readers as a whole, publishers should set different benchmarks across diverse reader segments, suggested Terri Walter, the chief marketing officer of Chartbeat, a content analytics company. 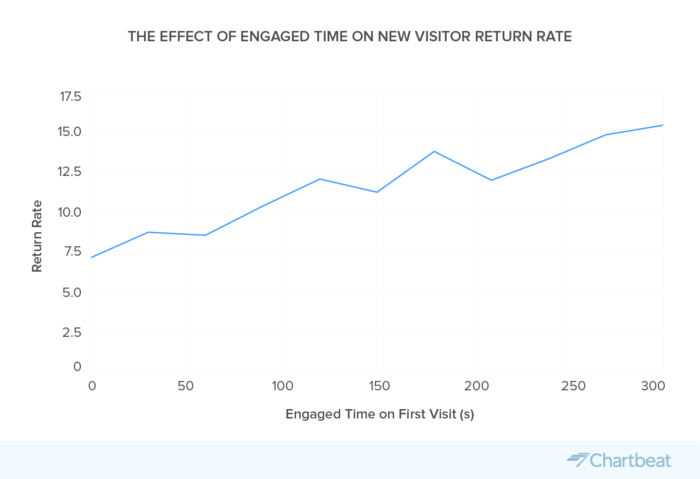 For instance, publishers can apply different benchmarks for new and returning users, and also for direct users and users on social platforms. To measure engagement, the time spent and recirculation rate play a bigger role than page views. “The longer someone reads the first article, the more likely they will come back. If you can make someone read the first and then read the second, the more likely they will become loyal,” Walter said.

The ultimate goal of all reader engagement is to build reader loyalty, which leads to monetization opportunities from memberships, subscriptions, and even advertising, because advertisers are also looking for a more engaged platform to promote their brands.

The New York Times just launched its first Reader Center in May 2017 to improve the way its newsroom responds to tips, feedback, questions, and concerns from the public. It will lead to further experiments in reader engagement. In hindsight, the decline of advertising revenues may turn out to be a blessing in disguise, as it has accelerated the transformation of the journalism business from an advertiser-supported model to a more reader-centric one. The best journalism serves the public’s interest.

Journalists who have built the most valuable connections to their communities say that engaging people in their journalism aims to achieve something more fundamental than either promotion or crowdsourcing. It’s making sure your work matters to your audience. And to the publishers who oversee journalists’ work, engagement helps ensure that work finds the public support it needs to endure.

We are planning to build even stronger bonds with our readers by establishing a Reader Center at The Times. We want to capitalize on our readers’ knowledge and experience, using their voices to make our journalism even better.

How can media companies build and grow a loyal audience? Focus on engagement. . . . [A] new reader who engages for a longer amount of time during their visit is more likely to return. And the more they return, the more pages they consume and the longer they read on the page. This in turn, means they also view more ads on the page. Overall, optimizing for engagement can drive loyalty, and revenue.

As advertising revenue continues to decline, publishers see their readers as a primary source of support.

Shiau-Jing (Karen) Ding is interested in applying data science and artificial intelligence to journalism. An Internet startup entrepreneur in Taiwan, Ding now lives in New York, where she is obsessed with innovative business models and cute dogs.