Fan-O-Gram to the East Village Other

Because something is happening here
And you don’t know what it is
Do you, Mister Jones?
– “Ballad of a Thin Man” by Bob Dylan (from “Highway 61 Revisited,” 1965) 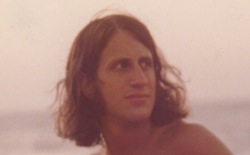 The times were overwhelming. America was violently awakened from the slumber of the 1950s on Nov. 22, 1963 and quickly found itself inhabiting an unrecognizable, incomprehensible, rapidly evolving reality. The Civil Rights Movement, the Vietnam War, the Free Love Movement, the Women’s Liberation Movement, the Gender Equality Movement, the Consciousness Raising Movement, the Save Our Planet Movement, the Eastern Mysticism Movement, and sex, drugs and rock and roll all conspired to create a giddy, euphoric Renaissance. If you were a nice young person raised in Eisenhower-era suburbia, the questions that consumed you were: “What the hell is going on? What does this all mean? Where do I fit in?” And most importantly: “How do I get invited to the party?”

Enter, The East Village Other. For me it was the Rosetta Stone that enabled me to decode the meaning of the ‘60s.  Attending Oberlin College from 1964 to 1968, I experienced an environment that was receptive to the Strange Days that were sweeping the nation. I had a subscription to the Village Voice, which retained an aura of cool, post-Beat sensibility. 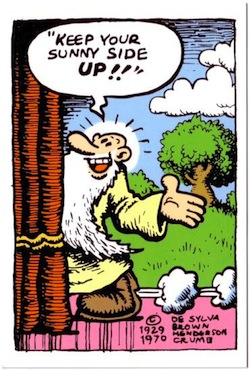 All of the sudden, however, it was left way, far behind: things were happening much too quickly for it to process. The ‘60s were not about quiet, low key cool. The ‘60s were flaming hot. There was a void in the media. Nature abhors a vacuum and something Other was desperately needed (I always felt that the name was a play on words, dissing its neighbor from the West Village). Like Athena springing fully clad in armor from the aching head of Zeus, The East Village Other burst upon the scene. The Other was not your parents’ newspaper.

Upon encountering my first edition of EVO, I knew that I was holding something very special in my hands. It was so much further out than anything I had ever read that I had to laugh. EVO was really funny. It was also really serious. The zeitgeist of the ‘60s made you want to laugh and made you want to cry. The horrors of the war and of the social issues of the time brought the preciousness of each and every moment home and offered liberation to those of us who were receptive to embracing new values and rejecting stale dogma. Alternative thinking was encouraged. EVO was nothing if not alternative. 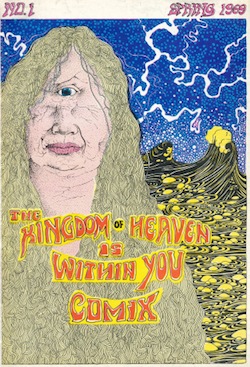 The Kingdom of Heaven is Within You

Ah, the Comix . It was in the pages of EVO that I was first exposed to the brilliance, hilarity, tastelessness, and anything-goes aesthetic of R. Crumb, S. Clay Wilson, Spain Rodriguez, Kim Deitch , Victor Moscoso, Skip Williamson, Art Spiegelman and Gilbert Shelton (attention students: this partial list of names is there for you to further research. I promise that you will be rewarded with gut-splitting laughs and profound insights into the era. Or you may be totally appalled).

EVO was the gateway drug that led directly to the doors of the St. Mark’s Bookshop and the Peace Eye Bookstore. EVO got me hooked, and I would make regular trips to those wonderful institutions for the next installment of Zap Comix and Gotham Blimp Works. My favorite of the genre was John Thompson’s “The Kingdom of Heaven Is Within You Comix.” It was in pastiche form with illustrations and captions provided by the likes of Allen Ginsberg , Ed Sanders , R. Crumb, Spain Rodriguez, Kim Deitch and others. It was high art. It was deeply spiritual. It was psychedelic. I will always think fondly of the antics of R. Crumb’s holy man from Afghanistan, Mr. Natural, and his clueless acolyte, Flakey Foont.

Most magical of all was the music. The Fillmore East was an intimate venue. You could just show up and buy tickets and hear Jimi Hendrix, The Doors, the Grateful Dead, the Jefferson Airplane, Big Brother and the Holding Company, Quicksilver Messenger Service, The Mothers of Invention, and on and on and on. Being there was beyond transcendent. EVO functioned as the unofficial house paper. EVO reviewed these staggering performances. Even if you were not in attendance, the color of the shows was artfully conveyed in its pages. Reading EVO was the next best thing to being there.

The East Village Other integrated and made sense out of the turmoil. It was transformative. If you read it faithfully, you were very well informed. It was your invitation to the party. 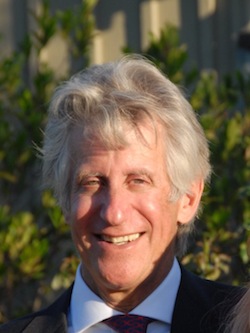 The Tibetan Book of the Dead is the classic Buddhist text about the Bardo state, that realm of existence that one passes through between death and rebirth. It imparts the wisdom that guides the soul, allowing it to successfully navigate to the Other shore. Living through the painful, joyous and chaotic transition from the ‘50s to the ‘60s, we died and desperately needed a guide en route to rebirth. EVO served that ancient and honorable purpose with great humor and a sense of the seriousness and importance of the issues of the time. Thank you EVO.

Things went down we don’t understand
but I think in time we will
– “New Speedway Boogie” (words by Robert Hunter, music by Jerry Garcia; from “Workingman’s Dead,” 1970)

Alan Abramson is a partner in a commercial real estate firm, a great fan of the East Village Other and a generous supporter of this exhibition and website.