The digital age has allowed audio journalism to move beyond radio and into podcasts and live-streaming. But even as more people are listening to podcasts, and occasionally one like “Serial” bursts into the popular culture, just one-third of Americans have ever heard one. One problem is that audio isn’t easily shareable.

To expand their audience, news organizations need to “go where the people are.” And the people are on Facebook, Twitter, and Instagram, platforms that make it easy to upload and share videos, photos, and text.

Facebook’s recent Audio Live launch may advance audio’s cause by allowing everything from interviews to book readings to be broadcast live, with users able to discuss them in real time. Only a few select publishers and news organizations, such as the BBC World Service, can currently use the feature, but Facebook expects it to be more broadly available in 2017.

For now, news organizations have tried increasing shareability through the creation of audiograms and experimenting with new digital tools that may level the playing field in a competitive social media landscape.

An audiogram “is a way to create shareable snippets” of a podcast. New York magazine published the first audiogram in 2015, and news organizations such as WNYC, NPR, The New York Times, and The Economist are now using it. WNYC took the concept further in its release of an audiogram generator the following year.

Audiograms have already been shown to boost engagement on social media. For instance, tweets featuring an audiogram showed an eightfold increase in engagement over those without. On Facebook, an audiogram outperformed photos and links by 58% and 83%, respectively. This increased engagement was only seen when short sections of audio (less than 30 seconds) were uploaded.

It’s too soon to make any grand claims about audiograms based on the available data, and WNYC’s Delaney Simmons said she hopes to create a more comprehensive way of measuring success. But early results suggest that audio, long struggling to gain traction on social media, may finally be catching up.

How to create an audiogram

There are two ways to create an audiogram. News organizations can use WNYC’s open source code to create an audiogram generator, although a developer is still needed to turn the code into an internal front-facing tool that journalists can use. Once implemented, the tool allows audio files to be turned into videos with captions and background images. To get started, here is an explainer, the developer notes, and a guide.

Journalists can also manually create an audiogram by laying an audio clip under a still picture in a video editing software like iMovie, Final Cut Pro, or Adobe Premier Pro; exporting the file to mp4; and uploading it to the social media platform as a video.

We produce some of the best audio in the world, and the fact that I can't share it is frustrating.

We want people on social to hear these clips and think, ‘what the hell is that’ and get excited and dive in.

I'm a firm believer that there isn’t a one-size-fits-all solution. The way people share things changes on a platform-by-platform basis. When we decided to invent audiograms for New York Magazine’s Cosby cover, we did it because we knew what material we had, we understood the tone of the project and we knew which platform's features would respect the tone. 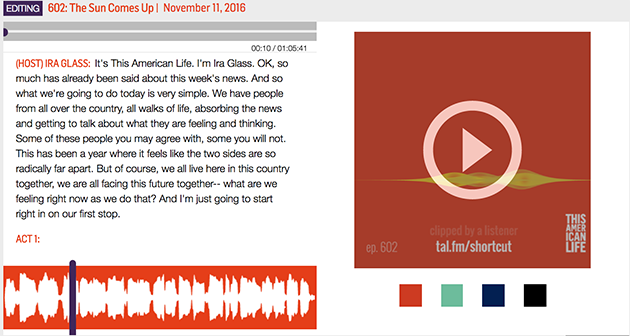 Shortcut is a front-facing web app released by This American Life in 2016. It allows listeners to cut out a snippet of audio, personalize it, and share it on social media by selecting text in the transcript or highlighting a section of audio. This American Life is the only podcast using the tool, but there are plans to share the open source code. 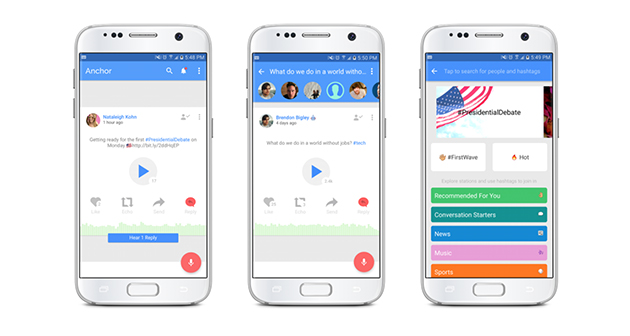 Anchor also launched in 2016, promising “radio by the people.” It allows users to post short audio clips within the platform, listen and reply to posts, and export audio. Journalists can use Anchor for vox pop interviews — that is, asking members of the public the same question — and talkback, whereby radio and podcast listeners share their views on a particular topic. 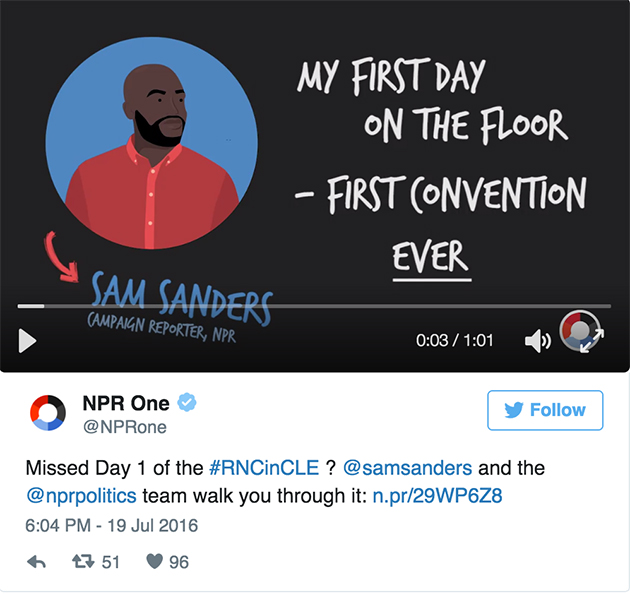 NPR One’s app is similar to an audiogram, but it uses animation to complement the audio. This app first appeared on social media in 2016 as well. 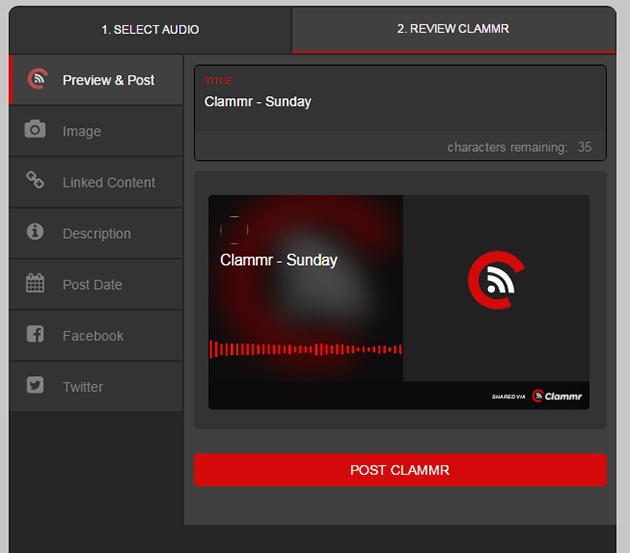 Clammr, an app launched in 2015, allows users to create, discover, and share specific segments of audio of up to 24 seconds. Clammr can be used by journalists to tease content and pique users’ interest. Rather than requiring users to natively upload audio or cut it down in editing software, Clammr enables them to upload audio from existing SoundCloud posts, podcasts, or mp3 files or to create it in the software and cut it down to 24 seconds in the app or online before sharing. 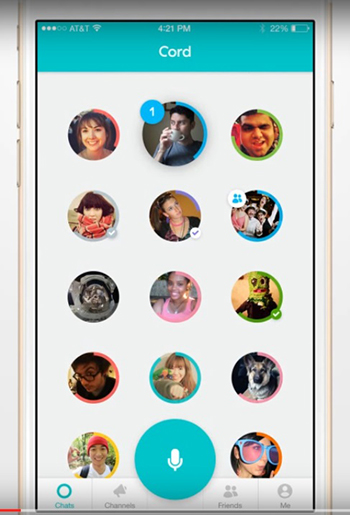 Cord was launched in 2014 by The Coral Project, however it has recently been acquired by Spotify. It allows users to send short voice messages to one person, a small group, or their whole contact list, so it's like Snapchat for audio. 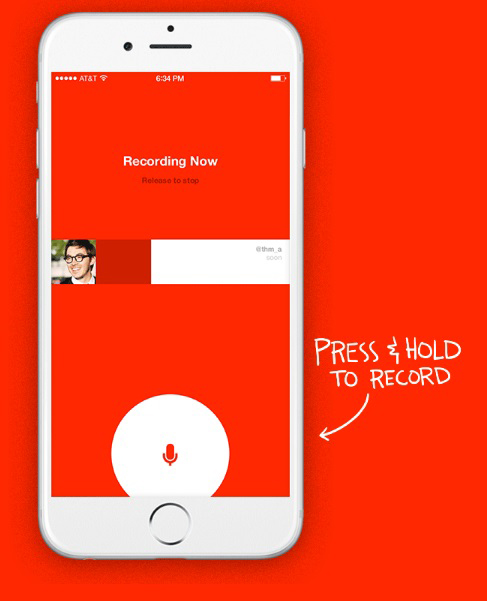 Chhirp, a product of the Cord initiative, is an app built to “tweet your voice.” 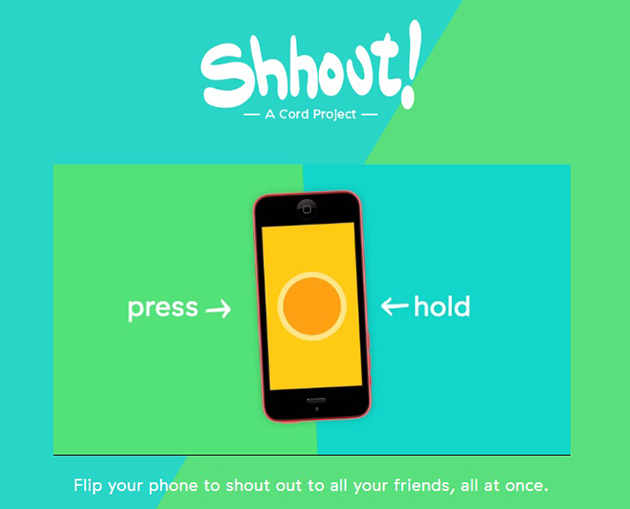 Shhout!, also produced by Cord, is an app that allows users to record audio and automatically upload it and send it to all their Facebook friends.

A way for audio creators — like radio shows and podcasts — to create shareable snippets from their shows.

Telling a story through sound.

A story told through sound that is published on the internet with an RSS feed.

Audio journalism that can be listened to and shared on a social platform.

When Emma found out talking too much could be a career, she was sold! While Emma’s worked in TV, print and online, radio is her passion. Before Studio 20 she presented morning radio at the Australian Broadcasting Corporation (ABC). Now, she’s a social audio fellow at WNYC.