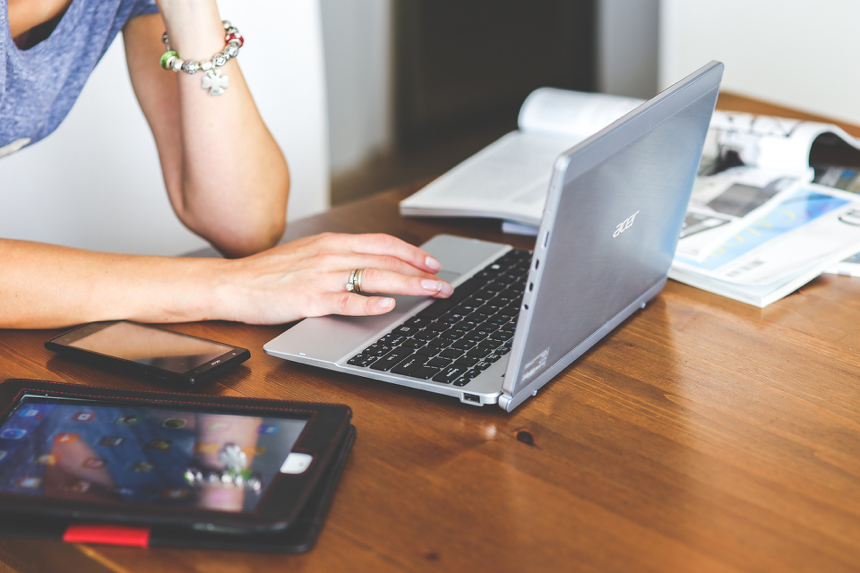 Pedro Corrêa do Lago was 10 years old when he started collecting autographs. Carrying a notebook, he would ask for people’s signatures. But what started out a childhood hobby grew into an obsession. He started gathering letters, notes and signatures at auctions. Now, nearly 50 years later, he has amassed over 100,000 autographs — one of the largest collections in the world.

“I’m glad that people have left many letters that I can collect,” he told me in a recent interview at Manhattan’s Morgan Library & Museum. One hundred forty of his items were on display throughout the summer of 2018 in their exhibit, “The Magic of Handwriting.” 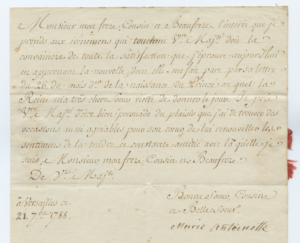 A letter from Marie Antoinette a year before the French Revolution. [Courtesy of the Collection of Pedro Corrêa do Lago, Image used with permission of the Proust Estate]

But in the era of digital communication, handwriting is increasingly uncommon. A 2012 study found that, out of 2,000 people surveyed, the last time the participants had written anything by hand was 41 days before, on average. And in a 2014 op-ed in the Wall Street Journal, Taylor Swift noted autographs are becoming obsolete: “I haven’t been asked for an autograph since the invention of the iPhone with a front-facing camera,” she wrote. It seems emails, text messages and selfies have left handwriting in the dust.

Personally, I’m partial to old-fashioned pen and paper. I love feeling my pen glide across paper and the creative, tactile element of forming letters by hand. But if current trends continue and we use handwriting less and less, it’s possible (even probable, some say) that handwriting will die out.

Forfeiting handwriting would mean no longer having the ability to jot something down without an electronic device on hand, not to mention saying goodbye to the personal touch of a hand-written letter and personalized signatures. It might also encompass a bigger loss for society: Some scientists say handwriting is better for your brain. If handwriting is really on its way out, should we fight to preserve it or accept the technological transition?

With these questions spinning around in my head, I contacted Virgina Berninger, a retired educational psychology professor at the University of Washington who led federally-funded research on writing and related processes in children and youth with and without specific learning disabilities.

“There’s a myth […] that now that we have computers, we don’t need handwriting at all,” she says. Handwriting still plays an important role in language development, according to Berninger. Teaching kids to write by hand has been shown to help them become better readers and writers.

Learning manuscript-style handwriting, or print, helps kids identify and differentiate letters, she says. The letters in books, papers or online often resemble manuscript handwriting, so learning to form those letters “stroke by stroke” helps beginning readers recognize them in written words. In fact, a 2005 study in France found that, after three weeks of letter-writing lessons, children who had copied letters by hand were slightly better at recognizing letters than their peers who had copied them using keyboards.

The benefits of handwriting may reach into adulthood too. A 2014 study found that college students who took notes by hand understood material presented in class better than those who typed their notes.

The calculations of Sir Isaac Newton from when he worked at the British Royal Mint. [Courtesy of the Collection of Pedro Corrêa do Lago, Image used with permission of the Proust Estate]

Outside of educational settings, however, are there advantages to handwriting? Writing with word processors nearly always produces higher quality text over time, according to Steve Graham, a professor at Arizona State University who has studied writing development and instruction for over 40 years. It’s easier to edit, move ideas around and access tools, like spell checkers.

That being said, there are still plenty of occasions in modern life when we choose to write by hand, Graham says, whether it’s to write a note to a loved one or to jot something down on a paper calendar. “It’s really easy to use pen and paper,” he says.

I still use a paper agenda and scribble shopping lists on scraps of paper. But increasingly, I find myself using tech tools for these simple tasks. In this fast-paced world, Google calendars and note-taking apps on my phone do a better job of keeping me productive and organized than their paper predecessors. Surely, I think, convenience isn’t the only reason for keeping handwriting around beyond those formative school years.

There are plenty of reasons people fight to preserve handwriting, says Anne Trubek, who recently authored a book called The History and Uncertain Future of Handwriting. But most of the reasons people put forward stem from emotional ties, she says.

“Handwriting is one of the few things that almost all of Americans have a shared memory of learning how to do at a particular age,” she says. Imagining a future where children won’t have that shared experience of learning to handwrite is distressing to some. 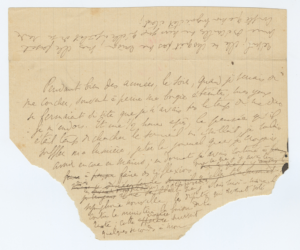 A draft of the opening passage of Marcel Proust’s novel, Swann’s Way. [Courtesy of the Collection of Pedro Corrêa do Lago, Image used with permission of the Proust Estate]

Trubek isn’t convinced by the science that says handwriting is beneficial for the brain: The sample sizes are too small, the results need replication and, at this point, the implications are unclear, she writes in her book (the study in France, for instance, only included 76 participants). Rather, it’s culture and feelings that keep us attached to pen and paper.

But change isn’t necessarily a bad thing. Throughout history, technology has consistently altered the way we communicate. We’ve seen it over and over, from the invention of writing to the start of the printing press and, finally, the rise of computers, she says.

“At each of these moments, you see a similar series of reactions. People fearful that it’s the end of civilization, knowledge and education.” For instance, when writing began to overshadow oral communication in ancient Greece, Socrates was an outspoken opponent. He worried that writing would bring the end of intelligent, complex thought, Trubek writes in her book.

There will surely be losses as we handwrite less and less, Trubek says, but there will be gains too. Computers help us write closer to the speed at which our brains churn out ideas. “One of the riding forces in the evolution of writing over the centuries has been to have the pace of writing limit the pace of thought,” she says. From stone engraving to script to typewriters and computers, we’ve invented technologies that help us write more quickly, efficiently and fluidly.

As for what the future of handwriting holds, Trubek’s best guess is that it will take time for handwriting to fade. As it becomes less prevalent, it may become more of an art or even a vintage, hipster collector’s item, like the equivalent of what vinyl records are today.

Back at the Morgan Library, it would certainly seem that her prediction is taking shape. The old notes and letters on display make handwriting look like a piece of distant history.

“The great emotion is holding in your hands the same paper that someone you admire has touched,” says Corrêa do Lago. He has derived a lot of joy from collecting these autographs, he says, but he isn’t sentimental when it comes to the evolution of writing technology.

“I’m not a nostalgic that thinks a handwritten note is better than an email,” he says. “It’s good it has evolved.” Technology has made life much simpler. Back in the 19th century, we would have had to exchange multiple letters over weeks or even months to set up our meeting. Instead, we sent a few emails in a matter of days.

The romantic in me cringes, but I have to agree. I am very happy I didn’t have to write this article by hand.