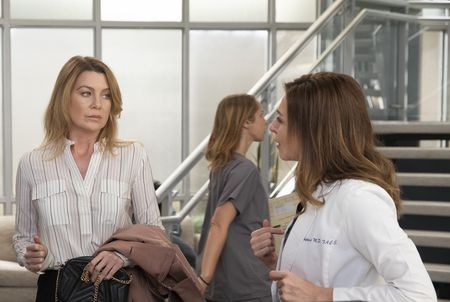 I still watch Grey’s Anatomy. Yes, you read that correctly. I still watch Grey’s Anatomy. I’ve made it through 14 seasons of operating rooms, sex, tragic deaths, hospital shootings, plane crashes, and a particularly gruesome lion attack. I even made it through the musical episode and actually continued watching. What have I taken away from all of this?

Avid consumers of medical dramas are typically confident that they know a lot about hospital life, but they actually have quite a skewed perception of doctors and healthcare. Sure, these dramas can make us think more highly of doctors and inspire future medical professionals. But compared to those who don’t care for medical dramas, binge-watchers are more nervous when it comes to their real-life health problems on average, and are usually more likely to view their own doctors as less competent compared to their prettier, shinier TV counterparts.

Since the onslaught of medical shows like ER, Chicago Hope, and House in the 1990s and 2000s, millions have tuned in on a weekly basis to see the inside of an operating room. Netflix recently revealed that Grey’s Anatomy is still on the list of top 10 shows people first binge when they start a subscription. Roughly 200,000 Netflix users watch the 2005 Grey’s pilot every month, according to ABC’s President Ben Sherwood.

And the more time we spend watching (and mourning) our favorite doctors, the more likely we are to believe that what we see in the fictional operating room is accurate, according to a recent survey of 162 surgical patients. If medical dramas are your primary window into the healthcare world, you really might think it’s a window instead of a screen.

“Everything in these shows is shown in a very realistic way. They show the bleeding, the open wounds,” explains Kai Witzel, a surgeon at the Minimally Invasive Center in Germany and lead researcher on the study. “If you watch these series, then you think that [medical dramas are] right.”

In defense of Shonda Rhimes and the rest of the medical drama writers who emotionally wreck us on the regular, the shows often work with real physicians to make sure that the medicine is relatively accurate. But then again, total accuracy doesn’t get good ratings.

“The show ER is just sort of like a regular ER on steroids,” says Beth Hoffman, a researcher at the Center for Research on Media, Technology, and Health at the University of Pittsburgh. “If the show wants to be 100 percent realistic, it’s going to be a documentary.”

Viewers don’t want documentaries. They want entertainment and riveting, cohesive plotlines. That’s why CPR survival rates are 10 times higher on medical dramas than in real life. It’s also why the doctors are all so damn good looking.

But because we medical drama junkies think that the shows are realistic, the shows might actually influence our perceptions of medicine.

Most of the studies that showed a positive perception honed in on a singular condition rather than medicine as a whole, says Hoffman, the author of the review. Meaning that watchers might have a more positive perception of doctors and learn important information about health from the show that they wouldn’t normally know. Plus, medical dramas may encourage young professionals to go into medicine at a time when there’s a shortage of doctors and nurses and an increasing distrust of the profession.

So when you’re talking to a medical drama junkie like me, we might think that we know more about the inner workings of the hospital walls—and we might be right. But when it comes to how we feel when dealing with doctors in our own lives, medical dramas come with some potentially nasty side effects.

One side effect of a medical drama overload is the likely enhancement of sheer, crippling fear of our own medical issues. That same survey of 162 patients revealed that the more medical dramas the patients watched, the more likely they were to freak out about their own health problems. Those who watched more than two episodes per week – which I can easily crush in a lazy afternoon – were significantly more afraid of upcoming surgeries than those who didn’t.

We may think this fear is justified because, on a medical drama, it is. Every cramp is a cause for alarm. Every mild headache or weird behavior or vivid fantasy of Denny Duquette is a brain tumor. Lexi Grey’s mom went to the hospital with a case of the hiccups and didn’t come back. Now I, too, think that every ache or weird bruise is an omen of death.

Apparently, I’m not alone in my paranoid, fatalistic fear. A large, 2014 survey found a correlation between watching medical dramas and unrealistically morbid outlook on cancer and other conditions. And when we fear the worst, we’re actually less likely to seek help for our medical issues because we don’t want to face what we assume is inevitable, says Jae Eun Chung, associate professor at Howard University and lead researcher on the survey.

“They’re also less likely to be active in coping and dealing with their health issue,” she explains.

Why Isn’t This Hospital As Good As Grey-Sloan Memorial?

Even when we get over our dread of whatever weird, rare medical condition we have, we’re also less likely to be satisfied with a surgical or emergency room visit than the average patient. It’s not that we don’t like doctors—we do. We usually believe that real-world doctors, on the whole, are courageous or brave.

We also tend to believe that doctors are supposed to handle every aspect of our care. For the sake of a complete narrative arc and screen time, television doctors draw blood, run CT scans, and chat with their patients as if that individual patient is their only priority. We don’t always grasp the fact that nurses, medical technicians, and other medical professionals work together to provide care for a number of patients. In a real hospital, a surgeon spends more time in surgery and less time by a patient’s bedside.

“The workload is so tremendous, they can’t spend that amount of time with patients,” explains Brian Quick, a professor in the Department of Communications and College of Medicine at the University of Illinois at Urbana-Champaign. “Unfortunately, [medical dramas] set up expectations that just could not be met.”

When real-life doctors cannot meet those ridiculous, unrealistic standards of patient care because they’re swamped with other surgeries and patients, those who watch medical television sometimes think it’s a reflection on their own doctor instead of the healthcare system at large.

After surgery, on-screen patients hang around the hospital recovering for days or even weeks. So when binge-watchers are discharged earlier than their fictional counterparts, they can equate that early discharge with a worse overall experience because it’s different from Emmy Award-winning care, says Witzel.

So, what’s a binge-watcher to do? What about the people who have matching Grey’s Anatomy bracelets with their best friends (which I may or may not have) who don’t want to become bogged down with fear and unrealistic expectations?

We can start by trying to understand that our window into the medical profession is just a screen. “Viewers need to be aware that medical dramas are fictions like any other dramas and critically absorb the contents learned from the show,” explains Chung.

As for me, I’ll still be anxious when a mysterious ache appears despite any attempt to be rational. But that won’t stop me from binge-watching Grey’s Anatomy all weekend. Because, as the iconic Christina Yang once said, “Being aware of your crap and actually overcoming your crap are two very different things.”