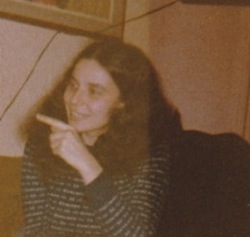 Breathless — not just from the late-night climb up 11 flights to the EVO office on East 12th Street, or the astonishing art by the likes of Yossarian, Spain, Little Moon, Joe Schenkman, Brad Holland, R. Crumb, Kim Deitch , Trina Robbins , and Fred Mogubgub, or by Dean Latimer ‘s gorgeous prose, or the thrill of reading Ray Schultz , or from the stunning reportage of Jackie Friedrich, Pat Morris, and Claudia Dreifus , or the amazing true life adventures of Coca Crystal (subduing a would-be attacker with a tune on her guitar) and Steve Kraus , or the Krassner interview by Kathy Streem, or the wondrous music reviews by Richard Meltzer and Charlie Frick (and Charlie’s magical layouts), or Tuli’s poetry and songs, Vincent Titus’ fables, Honest Bob Singer’s film writings, Rex Weiner’s off-off Broadway reviews (he was homeless and theaters were warm), Tim Leary’s communiqués from Algeria, A. J. Weberman ‘s illuminating investigative portraits, or the vocal harmonies of Steve Heller , Latimer, and Schultz; but also from EVO’s coverage of the major events of the time: efforts to stop the Vietnam War, the Pentagon Papers, the Panther 21 trial, American Indian Movement protests, the murder of George Jackson, the Attica uprising, and Bob Dylan’s 30th birthday party, all produced at high intensity under editor Jaakov Kohn ‘s benign leadership. 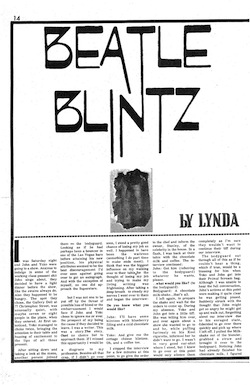 “EVO is not a tit!” I remember editor Allen Katzman telling several of us when salaries were slashed to the single digits, and then disappeared, during the post–salad days of the early 1970s — my tenure.

I waitressed to pay the rent on my $51-per-month apartment on East Sixth Street and to be able to eat a little more than the nightly fare of free chicken wings and chickpeas at Max’s Kansas City that many subsisted on. The EVO piece I wrote that is most remembered came out of that gig at a deli on Christopher Street when John and Yoko happened in one night and I interpreted their relationship through bits of conversation, body language, and by dissecting leftover pieces of blueberry blintz (A. J. gave me kudos for that one); it was reprinted in the Berkeley Barb and a bunch of other papers too.

Mostly though, I was drawn to the grittier stuff, writing about prison riots, junkies, bodies found in the river, and day-to-day courtroom injustice.

But there was one story of mine that I cringe to think of — about two friends at the paper who were evicted from their sublet in the middle of winter, months before the agreed-upon time and with no notice. The facts and some humor carried the piece, and it would have been biting and entertaining, were it not for my references to “slant” and “yip” throughout — the villain leaseholder was Asian.

A certain humor prevailed in the office that involved using the derogatory term for every ethnic and racial group, sparing none, singling out none. It was all a joke meant to defuse the power of these words, but when it spilled over into my story, it became something else. Though Jaakov gave me a strange look, he let the story through (he liked me), but I wish he had sat me down and told me that what we were doing there had to be better than this, that people would be affected by it, and that while we strove to be free from the usual constraints of language, we couldn’t be using the words of bigots and oppressors, not if we were going to be revolutionary and change society and end a war and stop racism. 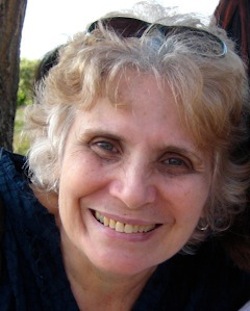 Of course, Jaakov never spoke like that, but maybe he tried to say it to me in that strange look, only I didn’t get it, not until several years later when the ugliness of what I wrote and how it could hurt seized me — and it remains.

When the last issue of EVO was in the works, I visited the office, by now at the Law Commune on Bleecker and Broadway, and Allen Ginsberg was sitting in the cramped room talking to Jaakov. After being introduced, Ginsberg included me in the conversation, first about meditation (something he was into) and then about a conspiracy by the government that had to do with CIA drug trafficking of heroin.

It was as if he was saying, this is the story that needs to be written. He wrote about it himself later in books and interviews and in his poem “N.S.A. Dope Calypso,” as have others, but it has yet to really surface. EVO was the coolest of places, right to the end — and it was also a source of news and art and culture that you couldn’t find above-ground for years to come, or perhaps ever.